Written by Charlotte
Updated over a week ago

Your mobile device is not as powerful as a professional computer. Your 3D model needs to abide by certain guidelines in terms of total polygon count and mesh in order to view in Augment's 3D and AR Viewer.

Example of very light display:
The CocoPlanet display below contains around 22,000 polygons and there is enough to get the details needed on the products without over-damaging its shapes: 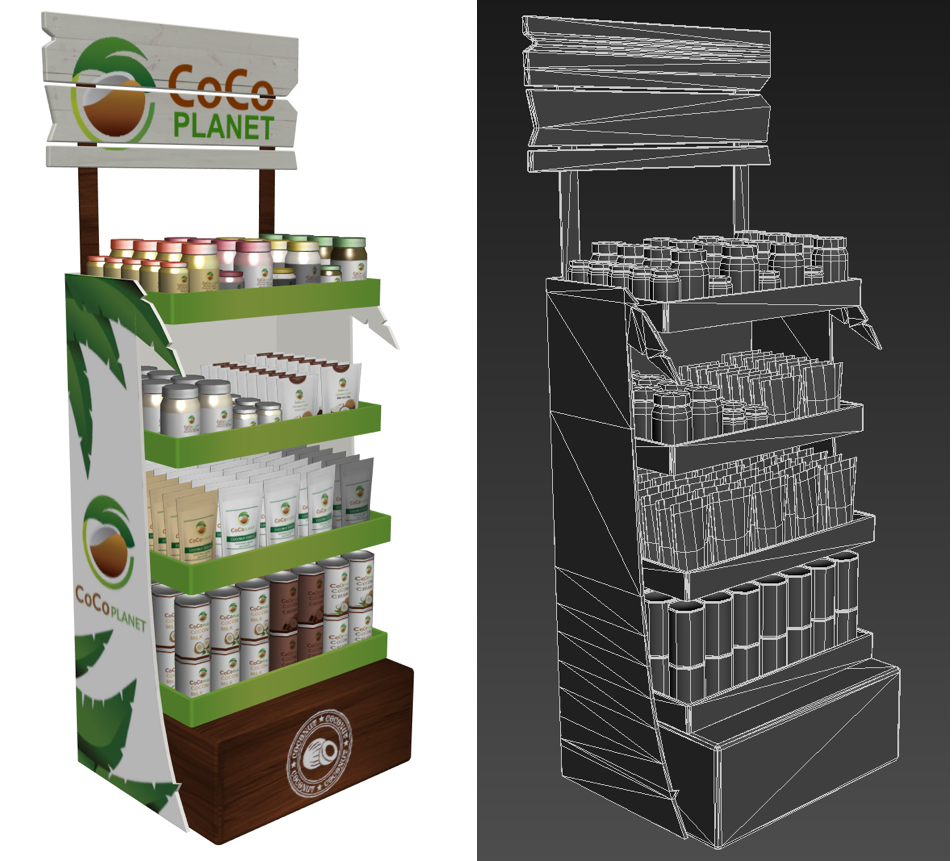 How to reduce polygon count:

How to reduce object count:

Tips when exporting:
Some differences in the mesh or its display may appear after export. You may avoid these with some simple steps.

Example: The corner of this model has faceting normals, the smoothing groups broke on export (left), two versions of the same object : the right one have some inverted normals  (right). In both cases, if you don’t manage to solve the problem manually, a reset of the normals should help.

To learn about materials in Augment, check here.

To learn about textures in Augment, check here.

Did this answer your question?